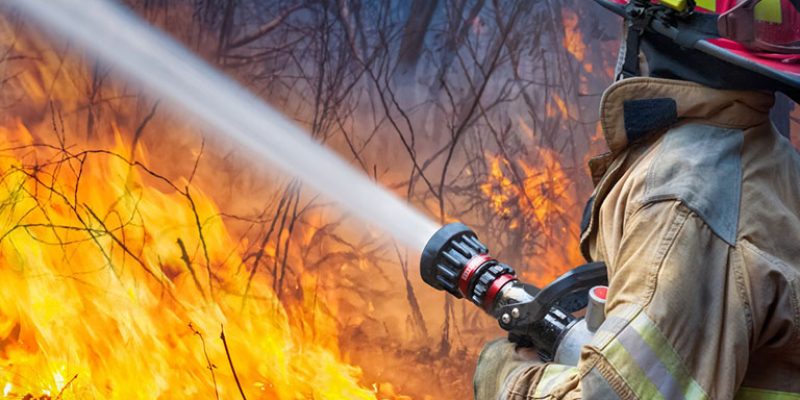 2021 has proven to be one of the worst fire seasons on record for the Pacific Northwest, and it’s not over yet. According to the Insurance Information Institute, the number of wildfires that occurred in the US between January 1 to July 19, 2021 totaled 35,806, compared with 29,008 during that same period in 2020. About 2.5 million acres were burned compared with 1.8 million in 2020. Extreme heat, drought conditions, and lightning storms have contributed to the increase, challenging fire and rescue teams like never before.

Some particular challenges fire fighters face includes detecting fires before they start, predicting where they are heading next, and understanding the exact location relative to critical assets in order to make quick and informed decisions on where to deploy resources.

The Edgybees team travelled to Hood River, Oregon to work with our partner, Hood Tech Aero to explore how our combined solution could help address these challenges. Hood Tech builds an array of advanced stabilized imaging systems used for air-borne imaging and offers a range of related support services, often employing its fleet of light manned aircraft. Response capabilities include real-time streaming of visual and thermal video that can be fused with operational information and controlled by personnel in the command post or field command locations.

Hood Tech Aero flies an aircraft equipped with Electro Optic (EO) and Infrared (IR) sensors to record fire activity for analysis. As most of the flying happens overnight, IR is the more commonly used payload. While that footage alone is comprehensive and impressive, it needs context to be actionable. As an example, the following image shows IR footage of an active wildfire. What’s missing in this picture is the precise location, nearby landmarks, and measurement capabilities that could be used to quickly make important, mission critical decisions. In the absence of that, users must cross-reference the air-borne imagery with maps and other archived imagery. Having everything on one screen provides immediate situational awareness and the ability to make faster, better informed decisions.

This week in particular the team at Hood Tech were tracking the Lava fire in California and the Dufer fire in Oregon. With actual firefighting activities happening during daylight hours, the Hood Tech team flies overnight to capture IR footage and provide actionable intelligence to the teams on the ground each morning before they start their day. IR is particularly advantageous for gathering fire intelligence because it can capture imagery at night, and because it can indicate more than what’s visible to the eye, such as where the ground is hot either from a lightning strike, which is often what sparks a wildfire; or from where a fire has burned recently. As illustrated in the photos below, the infrared cameras capture not only the blaze, but the heat coming from the ground surrounding the blaze. 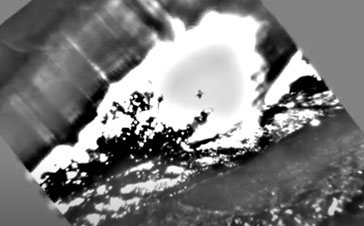 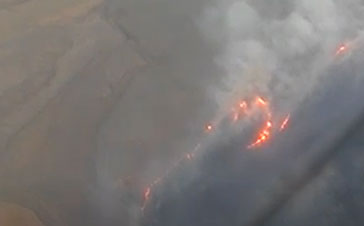 While the onboard cameras do a fantastic job of capturing the imagery of the fires and heat patterns, what’s really needed to make that imagery actionable is context. That’s where Edbybees comes in. Edgybees brings clarity to aerial video and imagery by geo-registering the footage (mapping against satellite reference imagery) and visually augmenting the image with roads, key landmarks, and other mission critical data such as user-defined points of interest and measurement capabilities.

Taking the aerial video footage of the fires and combining with Edgybees SW, we were able to construct a more informationally rich and actionable picture. As an example, we can see below the infrared fire imagery that is fully geo-registered and accurately aligned with roads. We also have AR overlays showing points of interest, drawings of the fire lines, and measurements. This view provides information that fire authorities can use to compare fire size and location over time, or to make predictions on where the fire is heading, and decide where to prioritize resources.

Below are a few screen shots of Hood Tech’s video footage enhanced with Edgybees software: 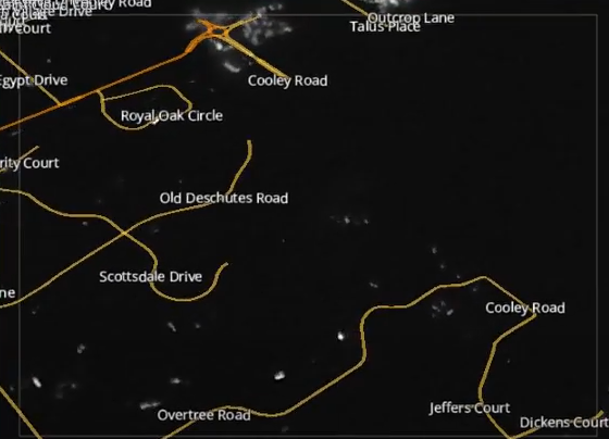 To summarize, the Edgybees team were thrilled to join forces with Hood Tech Aero to work on solutions that can help fire and rescue teams in the fight against wildfires. During our visit, we proved it’s certainly possible to combine our technology to provide real-time visual intelligence and actionable data that saves lives and natural resources. 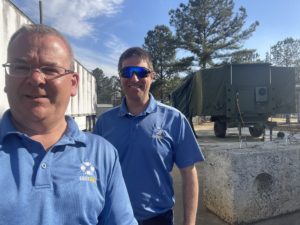 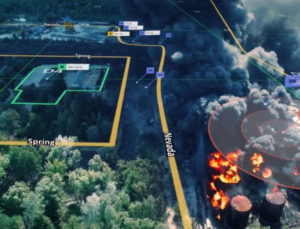 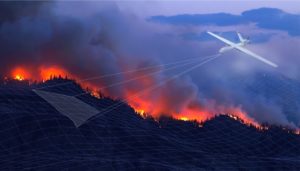